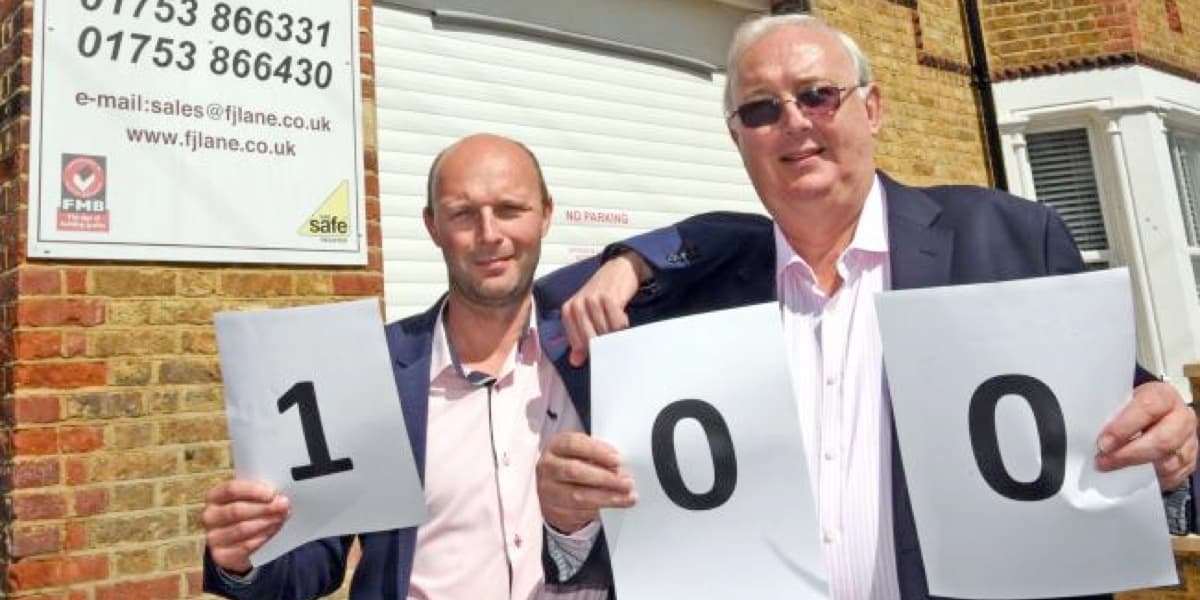 A family business encompassing four generations which counts the Queen and Eton College among its customers is celebrating its 100th birthday next week.

It was in 1917 that Frederick John Lane set up the F.J. Lane building company in Temple Road, Windsor – and it still there today, run by Colin Hayes and his son Mark.

Colin’s late father Norman served as an apprentice plumber with the company, leaving to set up H. F. Plumbing Ltd in Clarence Road.

He went on to buy F.J. Lane, retaining all its staff and running its team of builders, plumbers and heating engineers with his sons Colin and Brian.

Today Colin Hayes, now 69, still runs it with his son Mark, 47. He even lives next door to the site.

The company has customers across the Windsor area, including the Queen and Eton College.

Colin said: “We installed the heating round the Queen’s swimming pool.

“The dear old Duke of Edinburgh had a wooden horse in the next room on which he would practice his polo moves. We would discreetly be asked to move to another area to work when he was doing that.”

Colin said: “We pride ourselves on the fact we take on apprentices – both as builders and plumbers. Some go off to do their own thing but the majority stay with us. That is one of the great things about being a family company.”

Colin started work for the company at 15.

He plans to retire at Christmas, leaving Mark to run the company.

He has two grandsons, Calum, 16 and Sam, 14. Calum already works in the company during school holidays.

Colin said: “Things have changed a great deal. There are so many rules and regulations now.

People could do what they wanted once if they wanted an extension built. Now they have to apply for permission, show drawings to the council.

“It is surprising how often people approach us about doing work and we have to explain they must do all that before we can start.”

The company is celebrating its 100th birthday on Sunday, August 27 at Maidenhead Golf Club in Shoppenhangers Road.